Eighteen runners from the P&A Group are set to tackle the Manchester Marathon on Sunday 3rd April, to raise money for the British Heart Foundation, which was chosen by employees as the company’s charity of the year for 2022.

All 18 P&A runners have been training hard for months and are excited to be taking part in the marathon. They’ve been inspired by Managing Director, Steve Morgan, who has successfully run a number of marathons and is an Iron Man having completed six Iron Man challenges.

Representatives have signed up from each division of the P&A Group to run the 26.2-mile challenge. Marathon pros such as P&A Finance Director, Andrew Baker, will be joined by novices Iwan Gwyn, Woodworks Garden Centre Manager, part of the P&A Group, Denise Matthews, Amy Hallows and Thomas Jones from the businesses’ Central Services team. Also included in the marathon team are eight members from Zest’s Garden products warehouse and distribution centre in Saltney, and three members of staff from its main Polish product supply partner. 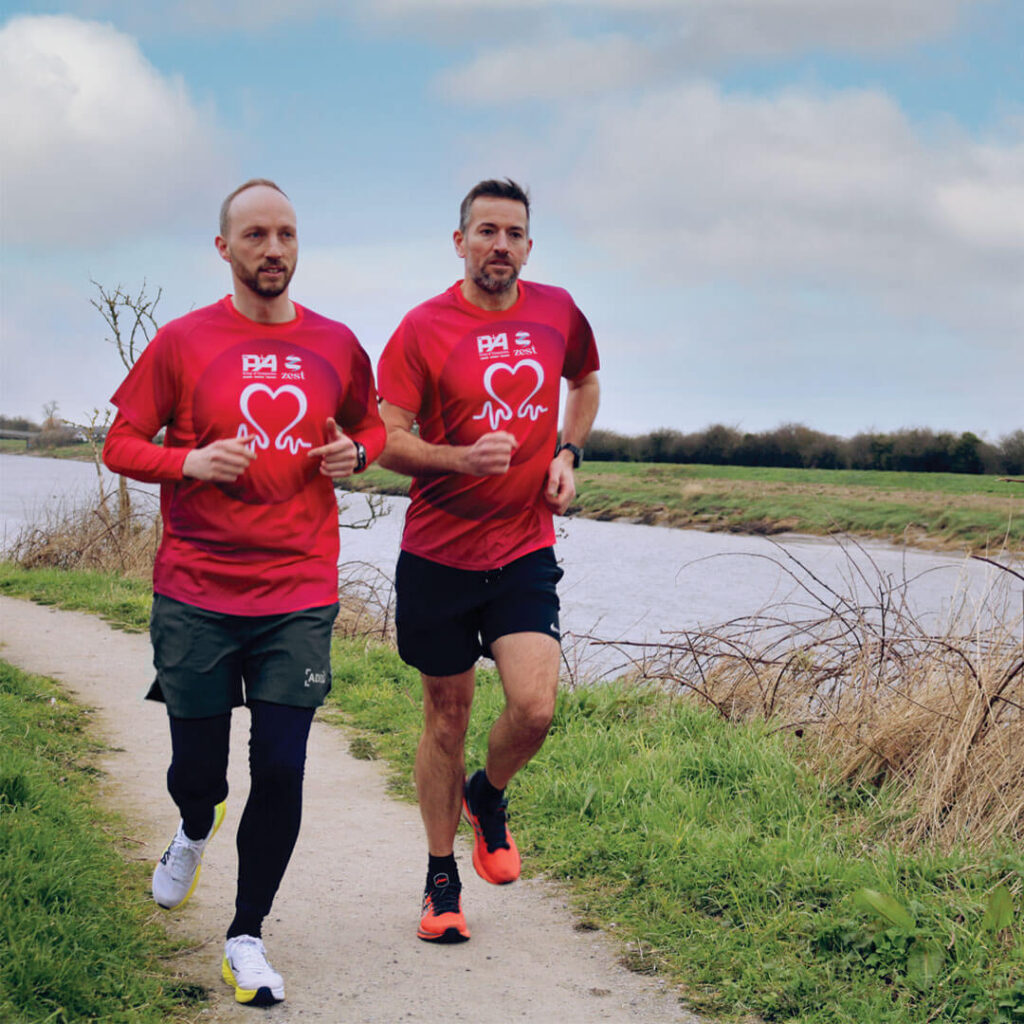 Commenting ahead of the marathon, Steve Morgan, Managing Director of the P&A Group said:

“As a company, P&A is committed to employee fitness and long-term well-being as well as supporting the community and raising money for charity. That’s why it’s great to see so many people taking part in this year’s Manchester Marathon. I know they are all determined to raise as much money as possible for the British Heart Foundation.

“This is a massive challenge and everyone in the company has a huge amount of respect for every single person taking part. Not only will the runners have a massive sense of achievement after the event, but they will also have stronger bonds with their colleagues who took part, which benefits both them and the company. On behalf of everyone at P&A, I’d like to wish our runners the very best of luck on the day!”

Over the last 11 years, employees of the P&A Group have raised in excess of £100,000 for a variety of charities including Macmillan Cancer Support, Hope House and Tŷ Gobaith Children’s Hospices, Cancer Research UK, Action for Children, Alzheimer’s Society, Alder Hey Children’s Hospital and Meningitis Now.

The British Heart Foundation, for which P&A hopes to raise £10,000, helps and supports 340,000 people living with heart and circulatory diseases in Wales.

One in four people in the UK and one in three globally die from heart and circulatory diseases. That is why the British Heart Foundation funds world-leading research into their causes, prevention, treatment and cure. Advances from the charity’s research have saved and improved millions of lives, but heart diseases, stroke, vascular dementia and risk factors such as diabetes still cause heartbreak on every street. With the public’s support, British Heart Foundation funding will drive new discoveries to end that heartbreak.

Only a week until the P&A Group runners pound the pavements of the Manchester Marathon for the British Heart Foundation. If you’d like to sponsor their 26.2-mile challenge you can do so (here)

It’s not too late to sponsor members of the P&A marathon team and anyone wishing to do so can click the link > here.