The four riders and a support team of two, set off from Murrayfield Stadium in Edinburgh on 10th February and cycled to The Principality Stadium in Cardiff, arriving on 12th February in time for the action packed Wales vs Scotland game. Steve and his teammates were also lucky to make it on to the pitch to present the match ball, alongside Dr Rob Wainwright, a former back row forward for Scotland and the British Lions. Dr Wainwright carried the match ball on the back of his bike all the way from Scotland as part of the charity fundraising event. 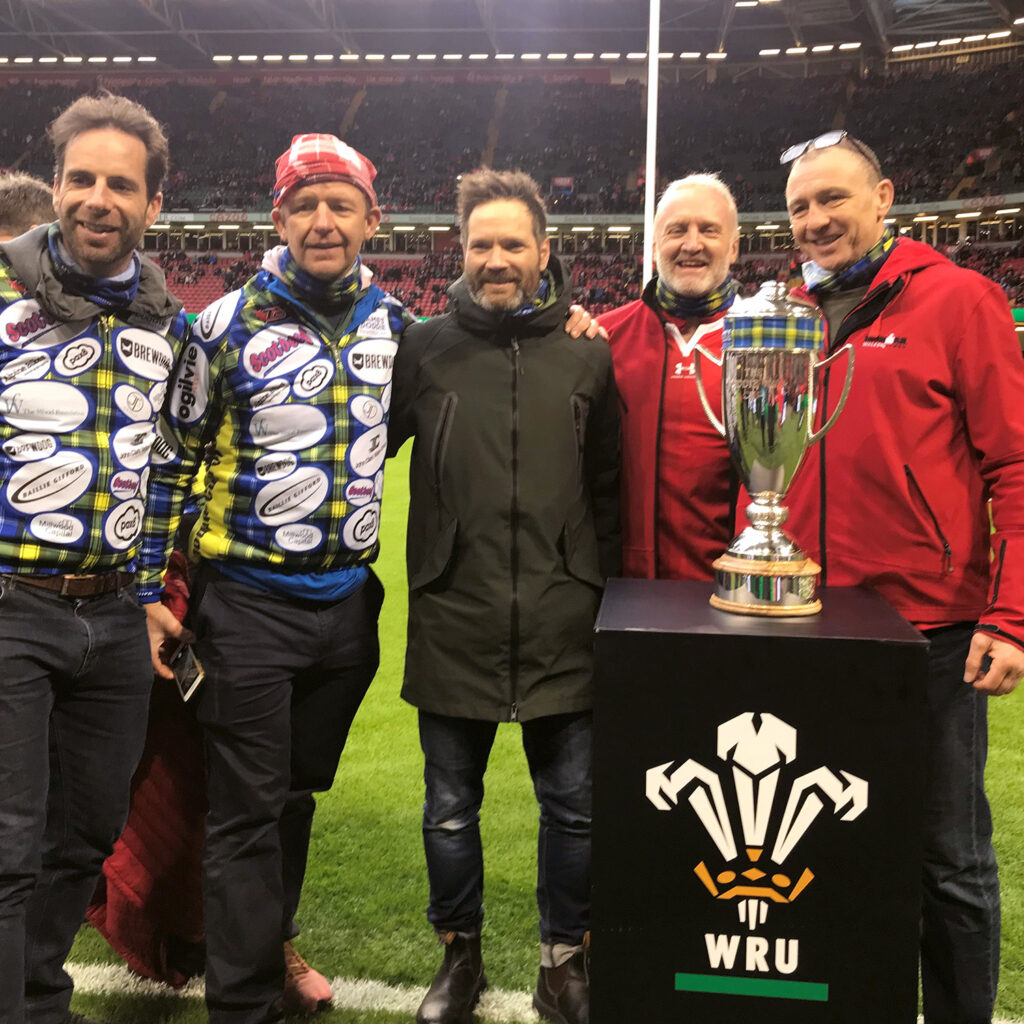 In total, 22 teams took part in the Doddie Cup 500 all of which were raising funds for the My Name’5 Doddie Foundation whose vision is: A World Free of MND. Doddie Weir OBE is one of rugby’s most recognisable personalities. He earned 61 caps for Scotland during a successful playing career, represented the British and Irish Lions on their successful tour to South Africa in 1997, and won championships with his two club sides, Melrose and Newcastle Falcons.

A talented, committed and athletic lock forward, Doddie is now facing his biggest challenge. In June 2017 the Scot revealed he was suffering from Motor Neuron Disease. From the outset, Doddie has been driven to help fellow sufferers and seek ways to further research into this, as yet, incurable disease. 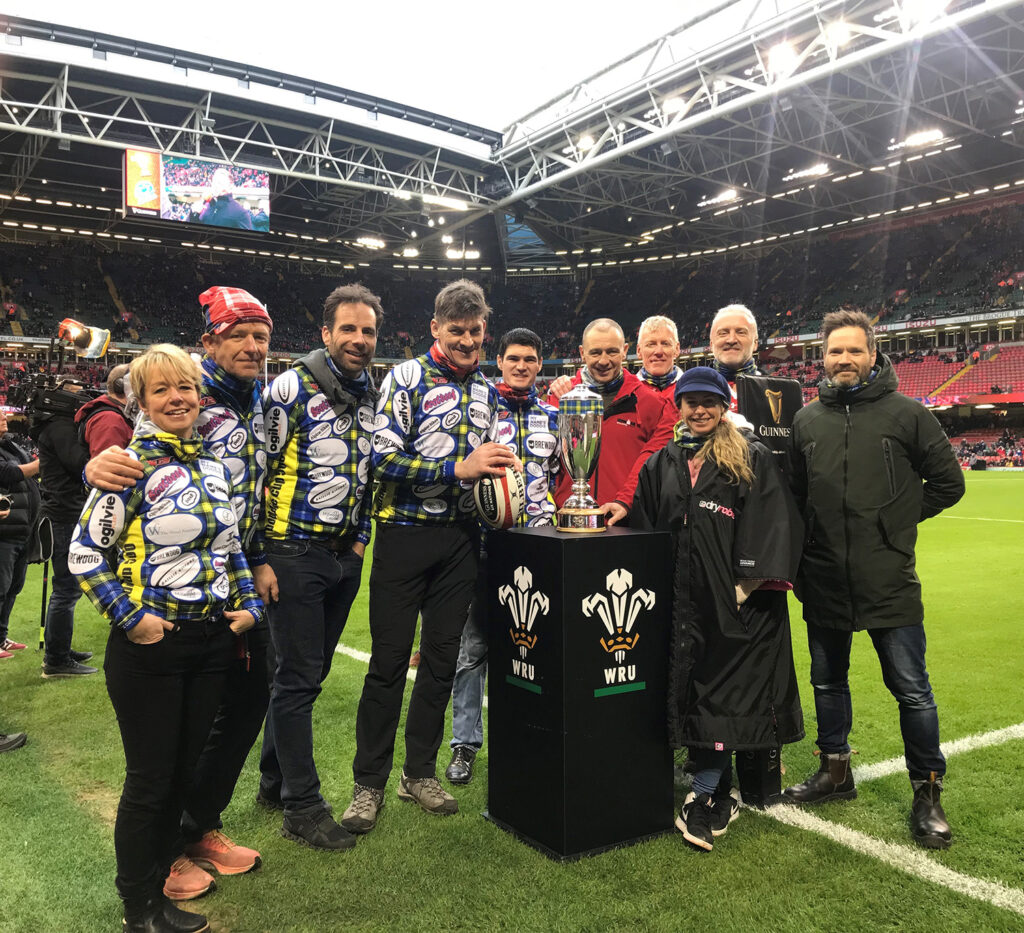 “It was a really difficult challenge, with some awful weather along the way which chilled us to the bone. We had about three hours sleep over the 48 hour period and there were some dark moments in the middle of the nights, both physically and in terms of dark, rural roads but, thankfully, there were no disasters and we kept on peddling! We were incredibly well looked after by our support team of two who kept us well fed and watered and it was definitely worth the pain and the cold to raise over £28,500 for the My Name’5 Doddie Foundation.

“We received a fantastic welcome at every location we called at, none more so than at Ruthin Rugby Club, my local club, where, at 6am, we were greeted by local children singing renditions of Flower of Scotland and Hen Wlad Fy Nhadau. As if that wasn’t enough, the local fire brigade escorted all the cyclists out of the rugby club, along with the match ball, with their sirens on and lights flashing! This definitely inspired us to get to Cardiff in time for the big match. Going on to the pitch, hearing the crowds and being so close to the cup was a moment I’ll never forget!

“We’d like to say a massive thank you to everyone who encouraged us along the way, as well as to our sponsors who very generously supported us. We’re now going to put our feet up for a well-earned rest but only after we’ve cleaned all the mud off our bikes!”

The team received generous sponsorship pledges from friends of their businesses as well as a huge single donation of over £10,000 from Pax8, a US tech company. In addition to the money raised, messages of support flooded in from customers and friends.

It’s not too late to support the team. You can visit the JustGiving page at https://www.justgiving.com/fundraising/DoddieGog500 to help raise funds for the My Name’5 Doddie Foundation.